The end or a new beginning?

Search for an upcoming tour
Home > Travel News > Don't mention the B words - Brexit, Boris and...

Don't mention the B words - Brexit, Boris and...

< Back to travel news

You'd be forgiven if your eyes were starting to glaze over reading yet another Brexit headline but we seem to be getting to the sharp end of things now. Setting off on our annual UK and Ireland farming tour in June, we knew Brexit would be a hot topic and it was pretty clear a day or two into our trip just how frustrated the British people are with the status of this 2016 decision to leave the European Union. Around 30 million people voted and, with “leave” winning by a close 52% to 48%, it’s easy to understand why the process has been hard going – aspects like ‘the divorce bill’ and Ireland being particularly tricky.

After hearing heartfelt points of view and exasperation during our first few farm visits, we decided it was best practice not to mention 'the B word' unless first raised by our hosts. Inevitably it would come up – mostly the uncertainty and how the farming industry will adapt to a post-EU Britain. We heard varying perspectives but immigration frustrations and the bureaucracy of Brussels were a motivator for many in England and Wales where both countries had a majority of "leave" votes.

Most farmers we met in Scotland felt differently. The majority of Scots voted to remain in the EU – many cannot see how they will survive without the extended European trade opportunities and feel uncertain Westminster's promises to the south will be extended to the north. Scotland's First Minister, Nicola Sturgeon, is even calling for a new independence vote. From a farming perspective, many Scots value the EU as an important source of affordable labour (eg. Poland, Romania) and the EU's Single Farm Payment remains a significant proportion of income for many British farmers.

The Irish have their own concerns about Brexit. Like Scotland, the majority in Northern Ireland voted to remain in the EU. While there are still tensions, Northern Ireland has experienced 20 years of relative peace following the troubles in Belfast and they want this to continue. The fear is the return of a hard border could heighten a new wave of tension, not to mention the practicalities of movement and trade with a hard border in place.

Brexit, we discovered, isn’t the only troublesome 'B word' in the UK right now. Britain was in the throws of selecting its new Prime Minister and that job has now been given to Boris Johnson. After three weeks of travelling and meeting locals throughout the UK, we were yet to meet one of his supporters but clearly they’re out there!

To complete the hat-trick, a third ‘B word' we heard a lot about from UK and Irish farmers was badger. Although badgers are a protected species, the farmers see them as a TB carrying pest which infect cattle. Bovine TB causes plenty of headaches for farmers with lengthy stand down periods and is an economically significant animal health issue. While we didn't see any live badgers on our travels, we saw a few stuffed ones at the Royal Highland Show where both sides of the issue were presented.

The Royal Highland is always a highlight of our tour – with an annual turn out of close to 200,000 visitors, it’s a wonderful chance for Kiwis to mix with their British farming counterparts. International visitors are warmly welcomed and the Scottish certainly know how to put on a great event.

Of course, the hot 'B word' inside our coach was Black Caps. After a wet start, the World Cup was in full swing during our tour and there was plenty of banter to be had along the way. Having experienced just how patriotic the English can be when it comes to sport, we know they will have enjoyed plenty of celebrations after coming out on top.

Farm To Farm will be returning to the UK and Ireland in June 2020 and it will be interesting to see what progress, if any, has been made with the B words! 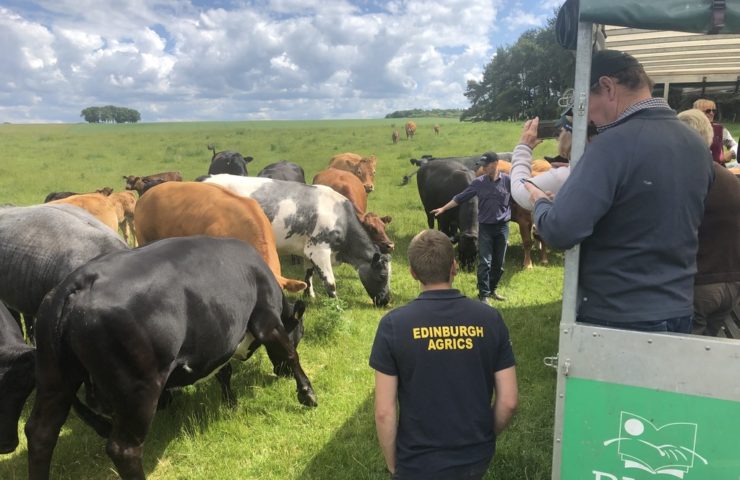 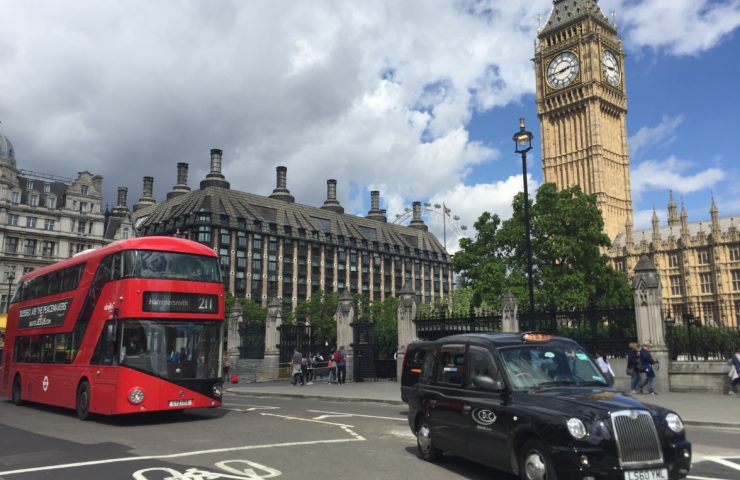